Back a few weeks in my alternate life at Radio Free Chicago covering gigs across this land, F. Stokes and Astronautalis opened for Doomtree’s Dessa and P.O.S.. The most well-rounded show of the year thus far with talent across the wooden floor boards. Chicago’s F. Stokes released a free mixtape with Dirty Disco Kidz with quality that beckons to be paid for. In the cloudy sea of free, it’s a service to yourself to listen to his F.I.L.M. mixtape (Click that to download).

Equally impressive, the son of a proverbial snake oil salesman, Astronautalis unveiled a pay-what-you-want mixtape following on the heels of 2008’s Pomegranate. I’m finding it trips up and traps his live chops better than anything released yet. Pay what you will here. Buy art. Especially on corporate extortion’s “Mr. Blessington’s Imperialist Plot”over Kid Cudi‘s “Make Her Say” beats. 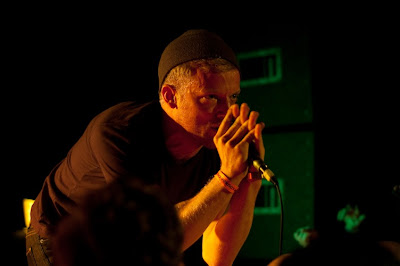 Written By
John
More from John
I’ll admit I’m late to We Were Promised Jetpacks. Been slow at...
Read More