Recently I had the wonderful opportunity to watch Felipecha perform near the Bastille; a quarter booming every night with clubs, restaurants, bars of every flavor. Felipecha is the project of Charlotte Savary and Philippe Chevallier, two chanteurs français that perform a heavily jazz-influenced French pop. Below is a snippet of my review, along with their first music video, taken from Radio Free Chicago. In addition, Charlotte will be touring the U.S. later this year in support of Wax Tailor: 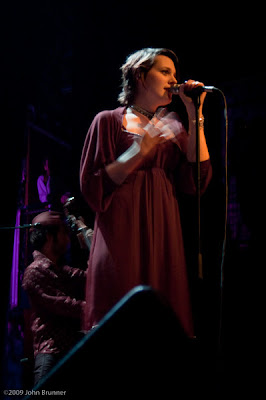 I previously put off French music as the equivalent of a Nouvelle Vague film; dramatic, literary, and not as exciting in comparison to Hollywood. But the soulful Charlotte Savary and DJ/producer Wax Tailor helped break that schema and, last Tuesday, the (traditional) French music concert drought broke upon seeing her new music group, Felipecha.

My prior perception of French shows was that of tiny, often smokey cafes or underground jazz clubs featuring music by the likes of the legendary manouche guitarist Django Reinhardt; with people analyzing the music instead of letting it flow through them. I was wrong, of course.[Cont] 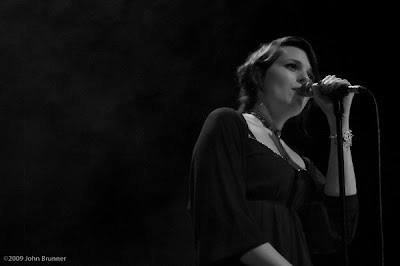 Written By
John
More from John
Katie of Sky Larkin Needless to say, I’ve been waiting to see...
Read More