Grieves is a (young looking) emerging rapper coming out of Seattle. He spent time on CMJ’s Top 20 Hip Hop before coming out with his newest album 88 Keys & Counting via Black Clover, a new label started up by Mac Lethal. A personal favorite to check out is Irreversible, the album and the track. He’s got an impressive, deep style contrary to what meets the eye. 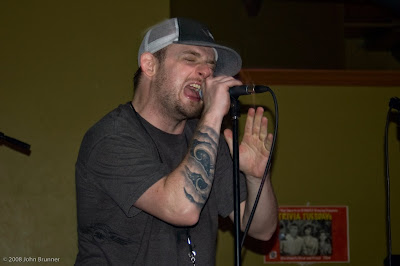 Mac broke through the ice from Kansas City to win at Scribble Jam 2002. His album, 11:11 (Rhymesayers Entertainment, 2007), came out after a long delay after signing in 2004. Regardless, he hit the airwaves after being featured on America’s Best Dance Crew on MTV. He’s got some wry humor, the key to his lyrics, which are best not taken all too seriously. “I still think the Deftones are dope and I like Nick Drake on days when I want to let go of hope.” Best of the night? Mac’s new new track. Samples after the photo jump. 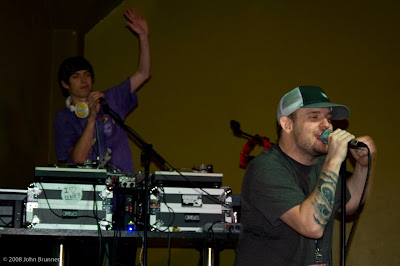