Tuesday night the French electro-pop dance-influenced Yelle landed in Chicago, by way of Reykjavík, for their C’est l’Amérique Tour (It’s America! Tour) accompanied by L.A.’s Funeral Party. Helped by Club DJ Tepr and drummer/”songmaker” GrandMarnier, Yelle delivered one of those rare performances that leaves you with, “Wow. That was tremendously above and beyond their album!” Hit up Radio Free Chicago for the article and a link to the night’s photos. First show shot for a magazine/blog/site, so do check them out! Additionally, she’s up for a 2008 MTVu Woodie award, so go and rock the vote as well. 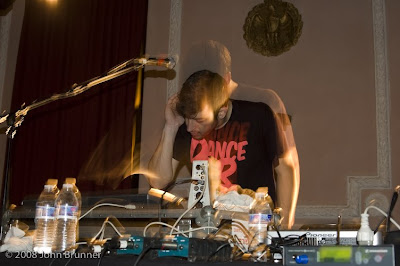